Skip to content
April 18, 2017 Ron Francis
Today’s reading opens with the Feeding of the 5 thousand. 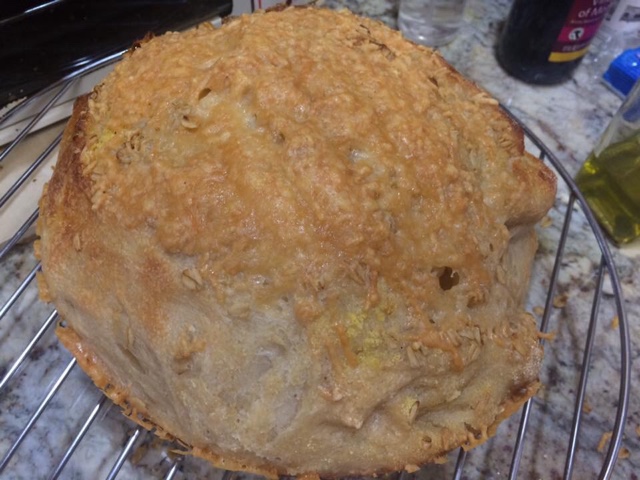 It is noted that this passage is one of the few that appear in all 4 Gospels. the facts are the same 5 loaves and 2 fish. The disciples wanted Jesus to send the people away…or as John writes..”When Jesus then lifted up his eyes, and saw a great company come unto him, he saith unto Philip, Whence shall we buy bread, that these may eat?” Testing them.
This is also the passage that leads into one of my favorite Chapters John 6. If you have not read that chapter recently I urge you to pick it up. it’s a great chapter to understand both the doctrines of election and assurance of salvation.
But it also clearly teaches that all will not hear this message.

Joh 6:43  Jesus therefore answered and said unto them, Murmur not among yourselves.

Joh 6:44  ♥️  No man can come to me, except the Father which hath sent me draw him: and I will raise him up at the last day.

Joh 6:45  It is written in the prophets, And they shall be all taught of God. Every man therefore that hath heard, and hath learned of the Father, cometh unto me.

Joh 6:37  All that the Father giveth me shall come to me; and him that cometh to me I will in no wise cast out.

Joh 6:38  For I came down from heaven, not to do mine own will, but the will of him that sent me.

Joh 6:39  And this is the Father’s will which hath sent me, that of all which he hath given me I should lose nothing, but should raise it up again at the last day.

Joh 6:53  Then Jesus said unto them, Verily, verily, I say unto you, Except ye eat the flesh of the Son of man, and drink his blood, ye have no life in you.

Joh 6:54  Whoso eateth my flesh, and drinketh my blood, hath eternal life; and I will raise him up at the last day.

Gill’s comment on this is most useful, less we misinterpret the words…

except ye eat the flesh of the son of man, and drink his blood, ye have no life in you: by “the son of man”, Christ means himself; under which title he often speaks of himself; because it was a title of the Messiah under the Old Testament; and was expressive of the truth of his human nature, though as attended with weakness and infirmities. The “flesh” and “blood” of Christ do not design those distinct parts of his body; much less as separate from each other; nor the whole body of Christ, but his whole human nature; or Christ, as having united a perfect human nature to him, in order to shed his blood for the remission of sin, and to offer up his soul and body a sacrifice for it: and the eating of these is not to be understood of a corporeal eating of them, as the Capernaites understood them; and since them the Papists, who affirm, that the bread and wine in the Lord’s supper are transubstantiated into the very body and blood of Christ, and so eaten: but this is not to be understood of eating and drinking in the Lord’s supper, which, as yet, was not instituted; and some, without participating of this, have spiritual life in them now, and will enjoy eternal life hereafter; and all that partake of that ordinance have not the one, nor shall have the other: and besides, having a principle of spiritual life in the soul, is previously necessary to a right eating of the supper of the Lord. These words, understood in this sense, once introduced infants to the Lord’s supper; as misinterpretation of Joh 3:5 brought in the baptism of them. But the words design a spiritual eating of Christ by faith. To eat the flesh, and drink the blood of Christ, is to believe that Christ is come in the flesh, and is truly and really man; that his flesh is given for the life of his people, and his blood is shed for their sins, and this with some view and application to themselves: it is to partake of, and enjoy the several blessings of grace procured by him, such as redemption, pardon, peace, justification, &c. and such a feeding upon him as is attended with growth in grace, and in the knowledge of him, and is daily to be repeated, as our corporeal food is, otherwise persons have no life in them: without this there, is no evidence of life in them; not such live as feed on sinful pleasures, or on their own righteousness; only such that believe in Christ are living souls; and without this there is nothing to support life; everything else that a man eats tends to death; but this is what will maintain and preserve a spiritual life; and without this there is no just expectation of eternal life; but where there is this, there is good reason to expect it, and such shall enjoy it: some copies and versions read, “ye shall not have life in you”; eternal life. Now, though the acts of eating and drinking do not give the right to eternal life, but the flesh, blood, and righteousness of Christ, which faith lays hold, and feeds upon; yet it is by faith the right is claimed; and between these acts of faith, and eternal life, there is an inseparable connection.

In the end, though many do turn away….

Joh 6:63  It is the spirit that quickeneth; the flesh profiteth nothing: the words that I speak unto you, they are spirit, and they are life.

Joh 6:64  But there are some of you that believe not. For Jesus knew from the beginning who they were that believed not, and who should betray him.

Joh 6:65  And he said, Therefore said I unto you, that no man can come unto me, except it were given unto him of my Father.

Joh 6:66  From that time many of his disciples went back, and walked no more with him.