I was having a discussion with some one recently about the roots of poverty. Perhaps we can all agree that there are many causes that lead down this path.

I once read an interesting book that tries to detail a number of these.. 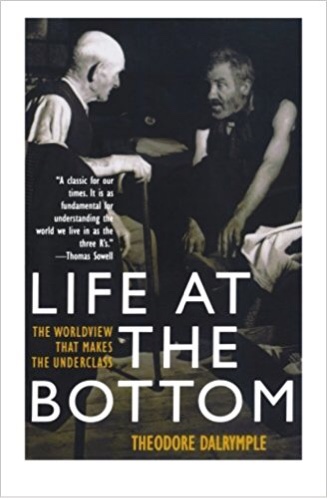 And here is a list of where that word “Poverty” is found in the Bible. To keep this short I just list the verse, you can look up the context. Most are in Proverbs. Btw. This only skims the surface and perhaps reveals the causes, it’s not the full picture of what the Bible says about rich and poor….that’s another post.

On point, this verse from those below seems a good perspective.

Pro 30:7 Two things have I required of thee; deny me them not before I die:

Pro 30:8 Remove far from me vanity and lies: give me neither poverty nor riches; feed me with food convenient for me:

Remove far from me vanity and lies,…. This is the “first” request, to be preserved from sin, in general; which is a vain, lying, and deceitful thing; promising pleasure, profit, liberty, and impunity, which it does not give. Agur desires to have vain thoughts removed out of his mind, vain words from his mouth, and vain actions from his life and conversation; to have his eyes turned from beholding vanity, and his feet from walking in it; and his affections taken off from the vain things of the world, the lusts, pleasures, profits, and honours of it; as well as to be kept from all errors and false doctrines, which are lies in hypocrisy; with which men that lie in wait to deceive would, if it were possible, deceive the very elect: Agur conscious of his own weakness, and proneness to evil, desires the Lord would not lead him into temptation, but deliver him from all evil, doctrinal and practical. Some understand this of the forgiveness of sin; which is sometimes expressed by a putting or removing it away, 2Sa 7:13, Psa 103:12;

give me neither poverty nor riches; this is the “second” request, not to be extremely poor nor too rich; but to be in a middle state between both, neither rich nor poor; which Horace (b) calls the golden mean, and which Agur wisely judged to be the happiest state; most free from care, least liable to temptation, and the best situation to serve the Lord in: a like wish was made by Theognis (c), I neither love to be rich,

“nor desire it; but to live on a little, having no evil;”

so Martial (d). Both riches and poverty are of God; men are rich or poor, as the Lord pleases; he suffers poverty in some, and gives riches to others: Agur deprecates both, as having their separate, peculiar, snares and temptations; though no doubt this request was made with submission to the will of God; and not as considering either of them as evils in themselves, but as they might be attended with bad consequences, and what is next mentioned being more eligible;

feed me with food convenient for me; not merely what was agreeable to his palate, suitable to his constitution, and sufficient for nature; nor for him personally, but for his family also; and what was proper and suitable to the condition and circumstances in which he was, and to the rank and quality he held, whether in a more private or in a more public capacity. Some render it, “the food of my allowance” (e); what is allotted and appointed for me It seems to be the same which Job calls his “necessary food”, and Christ “our daily bread”: it takes in both food and raiment, which having, men should be contented with; see Job 23:12. The allusion seems to be to the stated measure of food allowed to servants by the day, or rather by the month, called “demensum”, and which was but small and scanty (f); yet with this Agur could be content.

Lest I be full, and deny thee,…. This is the dangerous consequence of riches, and the temptation they expose men unto; who, being full of the things of this world, are tempted to deny the Lord; not his being and perfections directly, but chiefly his providence; to deny that what they have, they have received of him, but attribute it to their own care, diligence, and industry; and now think they can live without him, without any dependence on his providence, having a large affluence of the things of life: yea, they may be said to deny him, when they forget the bounties of his providence; are not thankful to him for them; that flatter themselves with a continuance of them, without any regard to him, as if he had no concern in the affairs of life; see Deu 32:15;

and say, Who is the Lord? as Pharaoh did, Exo 5:2. I am not obliged to him; I can live without him, I have enough of my own;

or lest I be poor, and steal, and take the name of my God in vain; this is the snare that attends poverty; men, for want of food and raiment, are tempted to steal from their neighbours, which is a sin against the law of God, the eighth command; and then to cover the theft, when an oath is offered to purge them from the charge and suspicion of it, they take it, and so are guilty of false swearing, or taking the name of God not only in vain, but falsely, and so become guilty of the breach of the third command. Agur, a good man, is desirous he might not be exposed to temptations to such evils, and especially which so affected the honour and glory of God.

Gen 45:11 And there will I nourish thee; for yet there are five years of famine; lest thou, and thy household, and all that thou hast, come to poverty.

Pro 6:11 So shall thy poverty come as one that travelleth, and thy want as an armed man.

Pro 10:15 The rich man’s wealth is his strong city: the destruction of the poor is their poverty.

Pro 11:24 There is that scattereth, and yet increaseth; and there is that withholdeth more than is meet, but it tendeth to poverty.

Pro 13:18 Poverty and shame shall be to him that refuseth instruction: but he that regardeth reproof shall be honoured.

Pro 20:13 Love not sleep, lest thou come to poverty; open thine eyes, and thou shalt be satisfied with bread.

Pro 23:21 For the drunkard and the glutton shall come to poverty: and drowsiness shall clothe a man with rags.

Pro 24:34 So shall thy poverty come as one that travelleth; and thy want as an armed man.

Pro 28:19 He that tilleth his land shall have plenty of bread: but he that followeth after vain persons shall have poverty enough.

Pro 28:22 He that hasteth to be rich hath an evil eye, and considereth not that poverty shall come upon him.

Pro 30:8 Remove far from me vanity and lies: give me neither poverty nor riches; feed me with food convenient for me:

Pro 31:7 Let him drink, and forget his poverty, and remember his misery no more.

2Co 8:2 How that in a great trial of affliction the abundance of their joy and their deep poverty abounded unto the riches of their liberality.

2Co 8:9 For ye know the grace of our Lord Jesus Christ, that, though he was rich, yet for your sakes he became poor, that ye through his poverty might be rich.

Rev 2:9 I know thy works, and tribulation, and poverty, (but thou art rich) and I know the blasphemy of them which say they are Jews, and are not, but are the synagogue of Satan.