Skip to content
March 22, 2017 Ron Francis
I read a blog post today that I thought was useful. It might be hard to internalize if you don’t see things this way. I’ve added a few of my own thoughts. You can read the article at this link.
I don’t think I will convert anyone, but if you read this it might spur some thought.
https://mikeratliff.wordpress.com/2017/03/21/discernment-is-vital-but-it-only-comes-to-those-who-are-mature-in-christ/
The opening paragraph in the linked articles above is
In 1887, Robert Shindler, a fellow pastor and close friend of Charles Spurgeon, wrote in Spurgeon’s publication, The Sword and the Trowel: “It is all too plainly apparent men are willing to forego the old for the sake of the new. But commonly it is found in theology that that which is true is not new, and that which is new is not true.”
If we think deeply and honestly on those searing words with all humility and willingness to repent of what God shows us about ourselves, I am certain that each of us must repent of falling for the fallacy of seeking that which is new or different in our theology. If we are honestly seeking the will of God that is both good and right, but if we are looking to have itching ears tickled or are pursuing the subjective or experiential as the means of fulfillment then all we are really doing is falling for some lie and are revealing that we are indeed just infants in the Lord who are being tossed by waves and carried around by every wind of doctrine by the cunning of men with craftiness leading to the scheming of deception. I doubt if any one reading this really wants that. 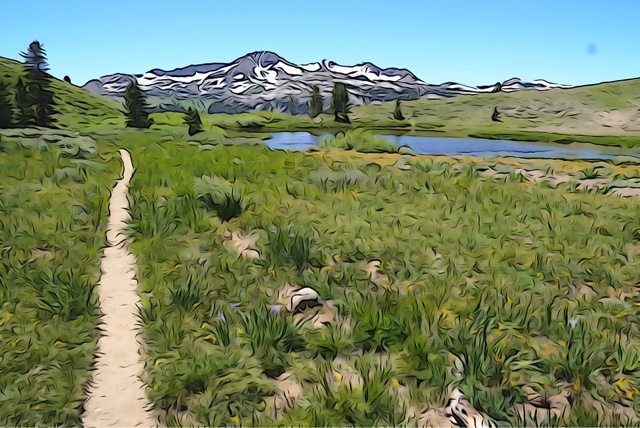 I have had my own times in the past where I have strayed down various false paths, much reminiscent of Christian’s journey in Pilgrim’s Progress an old work by John Bunyan, which used to be read and understood in our schools. My own journey took me into a few of the secular ways, into Richard Foster revelations of our contemplative nature, a brush with some New Age visualization or Law of Attraction material, and more recently some of the modern mega-Pastor books and writings…..Warren, Keller, Piper…and others popularized by “Chrisitan” publishers. Luckily I missed much of the error in the emergent church, NAR, and other ways to stray. I can also say that from the beginning of my walk in faith, mile makers of actually being in the Bible text consistently were along my path. I can reflect back to the early 70’s to my first in depth reading of the Gospel of John, and even some early attempts at verse memorization.
In my observation there is no lack of attraction being offered along the way to draw us off the path of biblical faith. As the quote speaks clearly….there is always something new…..and if it can be sold as something old then all the better. It is true that discernment is difficult and even those who are off the path will go out of their way to rationalize their position from either the Bible or some historical figure of faith or tradition or all three. It is very difficult to figure out you are on the wrong path, even more so if your support group or spiritual guide or director is encouraging you just the opposite.
I’ve found that both sides want to lay claim on having the Bible support their position. It’s good to be Berean’s, but hard to do so in reality.
Act 17:11  These were more noble than those in Thessalonica, in that they received the word with all readiness of mind, and searched the scriptures daily, whether those things were so.
As for the author’s title, I might add that it is good to be mature but it is not to be taken as a gnostic idea that somehow one has a higher knowledge….that in itself if a major false path. the Biblle speaks about maturity this way.

Luk 10:21  In that hour Jesus rejoiced in spirit, and said, I thank thee, O Father, Lord of heaven and earth, that thou hast hid these things from the wise and prudent, and hast revealed them unto babes: even so, Father; for so it seemed good in thy sight.

Rom 2:20  An instructor of the foolish, a teacher of babes, which hast the form of knowledge and of the truth in the law.

1Co 3:1  And I, brethren, could not speak unto you as unto spiritual, but as unto carnal, even as unto babes in Christ.

Heb 5:13  For every one that useth milk is unskilful in the word of righteousness: for he is a babe.

1Pe 2:2  As newborn babes, desire the sincere milk of the word, that ye may grow thereby:

And the old Westminster Confession speaks about how the basics/essentials of faith can be readily understood. From Chapter 1:

7. All things in Scripture are not alike plain in themselves, nor alike clear unto all: yet those things which are necessary to be known, believed, and observed for salvation, are so clearly propounded, and opened in some place of Scripture or other, that not only the learned, but the unlearned, in a due use of the ordinary means, may attain unto a sufficient understanding of them.

You can look those up in context.

Perhaps if I have any insight the following may be helpful.

1) Even false teachers will often teach something which is true. Just look at the example of Satan in the garden.

2) Read your Bible….Read all of it…..over and over. Learn the historical confessions and catechisms.

3) Read verses in Context. Read texts before and after your text. Look to all 66 books of the Bible for support or interpretation of the broader context.

6) Read the old Protestant teachers….I use John Gill and Matthew Henry for commentary, I avoid most modern books and try to read older works by men like Wylie, Ryle, Spurgeon. I try to avoid those connected with the historic Roman Catholic Church. Or those promoted in the new mystical revivals. But be aware that everyone has the potential to speak to false paths.

7) It can be useful to avoid the popular or maybe more likely, the advertising hyped use to promote ideas today. If you read enough in the Bible you can begin to see that the truth will not always sell or be popular or avoid persecution. Just remember though false teachers will also often say they are the ones persecuted.

BTW in the Old KJV the author’s passage reads:

Eph 4:12  For the perfecting of the saints, for the work of the ministry, for the edifying of the body of Christ:

Eph 4:13  Till we all come in the unity of the faith, and of the knowledge of the Son of God, unto a perfect man, unto the measure of the stature of the fulness of Christ:

Eph 4:14  That we henceforth be no more children, tossed to and fro, and carried about with every wind of doctrine, by the sleight of men, and cunning craftiness, whereby they lie in wait to deceive;

Eph 4:15  But speaking the truth in love, may grow up into him in all things, which is the head, even Christ:

Eph 4:16  From whom the whole body fitly joined together and compacted by that which every joint supplieth, according to the effectual working in the measure of every part, maketh increase of the body unto the edifying of itself in love.