Perhaps if I read it enough I will get the message. I’ve reading it now at for the 13th time. Still seeing new things to think about. 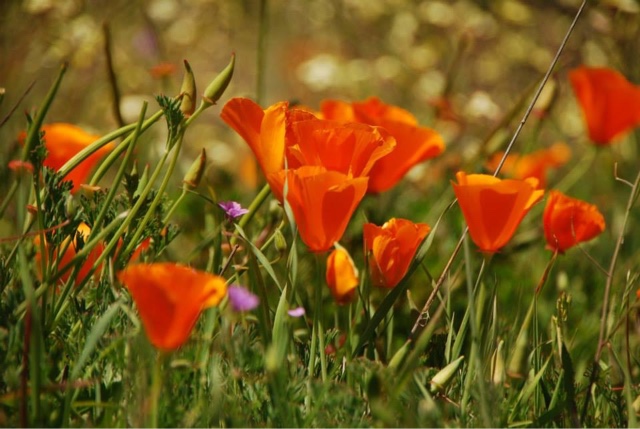 Here is the audio: https://www.biblegateway.com/audio/mclean/kjv/Job.1
And a few interesting verses. notice that Job is called perfect twice in this chapter….even once by God. We should be so lucky. But then we are made perfect in Christ’s Righteousness.
Mat 5:48  Be ye therefore perfect, even as your Father which is in heaven is perfect.
Deu 18:13  Thou shalt be perfect with the LORD thy God.
Heb 10:14  For by one offering he hath perfected for ever them that are sanctified.

For by one offering,…. The same as before; himself, body and soul; this is a reason why he is set down, and will continue so for ever, and why he expects his enemies to be made his footstool; because by one sacrifice for sin, which he has once offered,

he hath perfected for ever them that are sanctified; that is, who are sanctified by God the Father, Jud 1:1 or, who are set apart by him in eternal election, from the rest of the world, for his own use, service, and glory, to a state of grace and holiness here, and happiness hereafter;

for this is not to be understood either of their being sanctified in Christ, though the Syriac version reads, “that are sanctified” in him, or by his Spirit, though both are true of the same persons;

these Christ, by his sacrifice, has perfected, and has perfectly fulfilled the law for them; he has perfectly expiated their sins; he has obtained the full pardon of all their sins, and complete redemption; he has perfectly justified them from all things, and that for ever; which shows the continued virtue of Christ’s sacrifice, in all generations, to all the elect of God, and the fulness and duration of their salvation; and so Christ by his one sacrifice did what the law, and all its sacrifices, could not do, Heb 10:1.

Job 1:1  There was a man in the land of Uz, whose name was Job; and that man was perfect and upright, and one that feared God, and eschewed evil.

Job 1:5  And it was so, when the days of their feasting were gone about, that Job sent and sanctified them, and rose up early in the morning, and offered burnt offerings according to the number of them all: for Job said, It may be that my sons have sinned, and cursed God in their hearts. Thus did Job continually.

Job 1:6  Now there was a day when the sons of God came to present themselves before the LORD, and Satan came also among them.

Job 1:7  And the LORD said unto Satan, Whence comest thou? Then Satan answered the LORD, and said, From going to and fro in the earth, and from walking up and down in it.

Job 1:8  And the LORD said unto Satan, Hast thou considered my servant Job, that there is none like him in the earth, a perfect and an upright man, one that feareth God, and escheweth evil?

Notice next that Satan is again in his role of questioning God. We see this elsewhere in the Garden with Eve and later in the desert when much like with Job Satan comes to tempt Jesus Christ the only truly perfect man, son of God.

Job 1:10  Hast not thou made an hedge about him, and about his house, and about all that he hath on every side? thou hast blessed the work of his hands, and his substance is increased in the land.

Job 1:11  But put forth thine hand now, and touch all that he hath, and he will curse thee to thy face.

Job 1:12  And the LORD said unto Satan, Behold, all that he hath is in thy power; only upon himself put not forth thine hand. So Satan went forth from the presence of the LORD.

You can read how 4 great waves of disaster came up Job and his family.

Job 1:20  Then Job arose, and rent his mantle, and shaved his head, and fell down upon the ground, and worshipped,

Job 1:21  And said, Naked came I out of my mother’s womb, and naked shall I return thither: the LORD gave, and the LORD hath taken away; blessed be the name of the LORD.

Job 1:22  In all this Job sinned not, nor charged God foolishly.

The story continues in Chapter 2. Where again God refers to Job as a perfect man.

Job 2:2  And the LORD said unto Satan, From whence comest thou? And Satan answered the LORD, and said, From going to and fro in the earth, and from walking up and down in it.

Job 2:3  And the LORD said unto Satan, Hast thou considered my servant Job, that there is none like him in the earth, a perfect and an upright man, one that feareth God, and escheweth evil? and still he holdeth fast his integrity, although thou movedst me against him, to destroy him without cause.

Job 2:4  And Satan answered the LORD, and said, Skin for skin, yea, all that a man hath will he give for his life.

Job 2:5  But put forth thine hand now, and touch his bone and his flesh, and he will curse thee to thy face.

Job 2:6  And the LORD said unto Satan, Behold, he is in thine hand; but save his life.

Job 2:7  So went Satan forth from the presence of the LORD, and smote Job with sore boils from the sole of his foot unto his crown.

Job 2:8  And he took him a potsherd to scrape himself withal; and he sat down among the ashes.

In the next verse and the following we get introduced to Job’s Wife and then his 3 friends.

Job 2:9  Then said his wife unto him, Dost thou still retain thine integrity? curse God, and die.

Job 2:10  But he said unto her, Thou speakest as one of the foolish women speaketh. What? shall we receive good at the hand of God, and shall we not receive evil? In all this did not Job sin with his lips.